Temperatures are rising across the U.S., which means the threat of children dying after being left in hot cars are again creeping up on parents across the nation.

“As scorching heat expands across the United States during the summer months, it is important to remember to never leave children or pets in a vehicle unattended,” AccuWeather Meteorologist Brandon Buckingham said.

Each year, it is estimated that 39 children die from being in a hot car, according to kidsandcars.org. According to Buckingham, California, Arizona and Texas are the states that most frequently experience hot car deaths.

Cars can heat up very quickly, even growing in temperature by 20 degrees in just 10 minutes when in direct sunshine, Buckingham explained. The color of a car can also cause it to heat up faster. For example, black cars heat up faster than white cars because they absorb more sunlight. 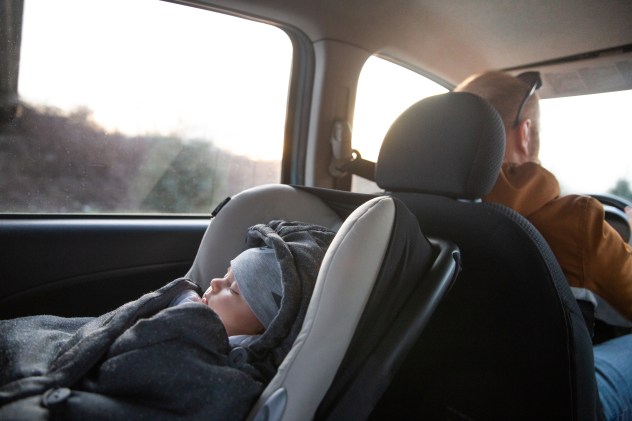 Inside of the car, baby sleeping in a car seat and father driving.
(Getty Images/Pavlina Popovska)

While many cars are now being built with technology that can detect a child left inside, many others still do not have that kind of technology. Legislation that has been recently re-introduced in congress; however, would push for similar technology in all cars.

“Children’s body temperatures can rise three to five times faster than adults, making them even more susceptible to heat exhaustion, heat stroke or even death,” Buckingham said. “On average, symptoms of heat stroke begin when the human body temperature reaches around 104 degrees.”

Sometimes children are left behind in the cars, other times they sneak in when their parents don’t know. To prevent these incidents from resulting in the death of a child, advocates are calling for the legislation that was re-introduced, known as the Hot Car Act, to be passed.

“People hear about hot car deaths on the news every summer and the public opinion about these things hasn’t changed. People still believe that this would never happen to them,” Amber Rollins, director of kidsandcars.org, told AccuWeather’s Kim Leoffler.

The Hot Car Act would push for systems to be installed in cars that can detect a child sitting in the backseat and alert anyone nearby.

“We are really really hopeful to get this through this legislative session. This is the third time that we’ve introduced this particular bill and children are continuing to die every single year in hot cars,” Rollins said.

Additionally, Tesla has a “dog mode” that keeps the air on in the car while it is off. 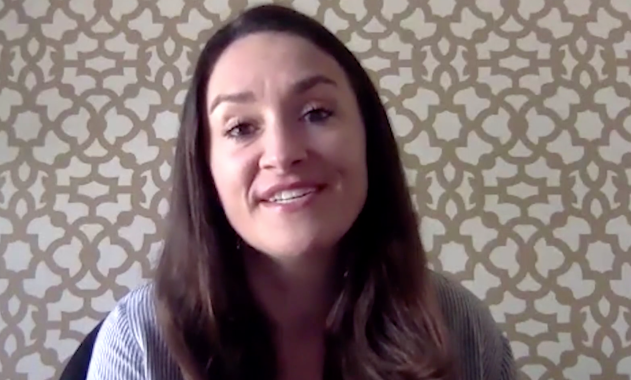 Amber Rollins, the director for kidsandcars.org, is among the advocates pushing for congress to pass the Hot Car Act to prevent more children from dying in hot cars. (Photo/Kim Leoffler)

Rather than installing a new system into your car, parents can also purchase car seats and clips that will alert them if a child was left in the car.

“We know if given the choice, parents are not going to go out and buy an aftermarket system to protect their children if they think this isn’t going to happen,” Rollins said.

How you can prepare your car to withstand extreme summer temperaturesHurricane season: AccuWeather’s guide for first-timersFirst-ever ‘chief heat officer’ has ambitious plans

There are extra measures parents can take each day to ensure they don’t forget their child in the backseat. Keeping the diaper bag on the front seat or leaving a purse next to the child in the car can serve as a visual and cost-free reminder that the child is in the back.

“When we have changes in routine and we’re fatigued we’re stressed and we’ve got a million things going on that’s when these tragedies happen,” Rollins said. “And that visual reminder can help pull you out of autopilot mode and remind you that that child is back there.”

Keep checking back on AccuWeather.com and stay tuned to the AccuWeather Network on DirecTV, Frontier, Spectrum, FuboTV, Philo, and Verizon Fios.