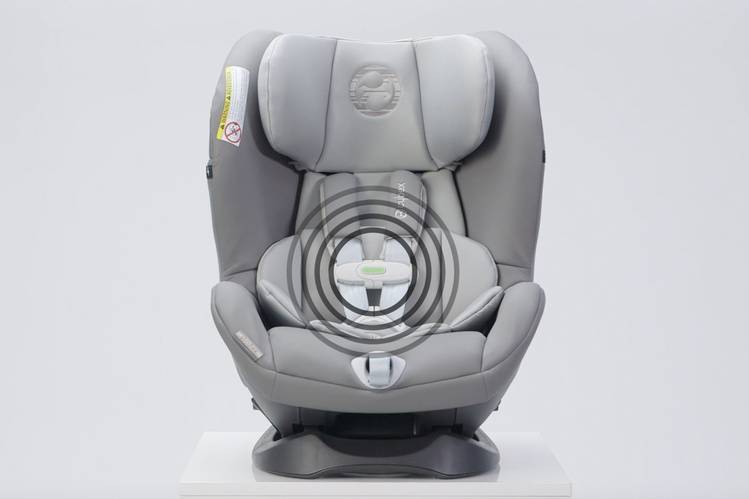 Heatstroke is the leading cause of non-crash vehicular deaths for children under 15 years old, according to the American Academy of Pediatrics. Most cases involve a parent or caretaker who unintentionally leaves the child in the car.

The number of deaths—an annual average of 37—has remained consistent over the years, despite efforts from child-safety advocacy groups, hospital education programs, product developers and a steady stream of media coverage. The efforts face the same challenge: Many people don’t believe this could ever happen to them.

Even on cooler days, cars heat up quickly, rising almost 20 degrees Fahrenheit in just 10 minutes, experts say. Because a child’s body heats up three to five times as fast as an adult’s, heatstroke strikes quickly and can kill a child when his or her temperature reaches 107 degrees.

Vehicular heatstroke deaths increased dramatically in the mid-1990s as states began mandating that car seats be placed in the back seat to avoid harm from front-seat air bags. Once the car seat was in the back, drivers became more likely to lose awareness of a child, especially if they were in the rear-facing car seats required for babies.

“The day our government said you have to put kids in the back seat because of the air bags is when reminder systems should have been put in cars,” says Janette Fennell, president and founder of KidsAndCars.org, a child-safety advocacy group.

Prevention efforts so far have included education campaigns, technological measures and proposed legislation. “Look Before You Lock” urges parents to check the back seat before locking the car and is promoted by organizations including the National Highway Traffic Safety Administration and KidsAndCars.org. Walmart posted “Look Before You Leave” stickers on the doors of its 4,000-plus stores in 2013 after a Walmart employee lost his baby to a hot-car death in the parking lot of a company office in Bentonville, Ark. 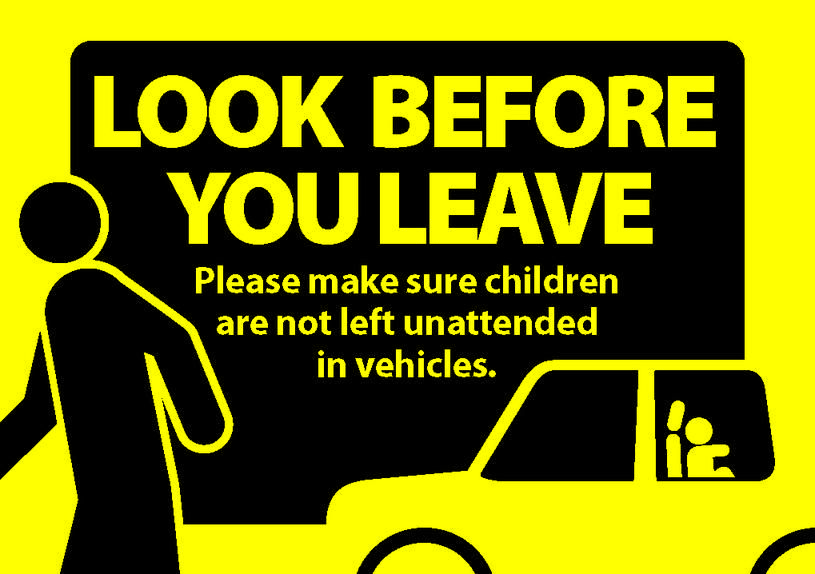 Walmart sent ‘Look Before You Leave’ stickers to its 4,000-plus stores in 2013 after an employee lost his baby to a hot-car death. PHOTO: WALMART

Goodbaby International, maker of Evenflo and Cybex car seats, in 2015 introduced a sensor system on some models’ chest clips, which chimes after the ignition is turned off, reminding the driver that a child is in the car seat.

The Hot Cars Act of 2017 is progressing through Congress, so far with bipartisan support. The law would require auto makers to install systems in all new cars alerting drivers to check the back seat once the car is turned off. Some auto makers, including GM, Nissan and Hyundai, have introduced preventive systems in some models in recent years.

Convincing parents to adopt preventive methods is difficult because so many deny that this accidental death could ever happen on their watch, safety advocates say. “In every class we have someone who says ‘I just don’t know how a parent could leave a child in the car,’ ” says Dawne Gardner, an injury prevention specialist at Cincinnati Children’s Hospital Medical Center who teaches a car-seat safety class.

Write to Ellen Byron at ellen.byron@wsj.com