(CNN)As of July 31, the number of children across the United States who have died of heatstroke when left in hot cars was at a record high.

This year, 29 children have died of heatstroke after being left in a vehicle. That’s more than at this point in previous years, according to Jan Null, a certified consulting meteorologist with the Department of Meteorology & Climate Science at San Jose State University. And 11 of those deaths were reported in the past week alone.
This “is the highest we’ve ever had,” said Null, who logs these and other statistics on noheatstroke.org.
The previous record as of July 31 was 28 deaths in 2010, he explained, “a year where we ended up with 49 deaths for the year.” 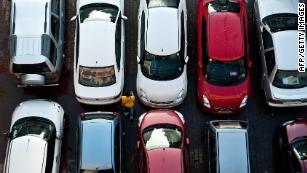 More than 36 kids die in hot cars every year and not all states have laws to stop it
The past week’s total of 11 deaths is not a record, said Null, who gathers his numbers primarily from media reports because official sources are less accurate, due to the use of codes.
“If it’s not coded exactly right, it doesn’t get counted,” he said. Official reports come up with only about half the numbers you find in the media, he explained.
“All my numbers are conservative,” said Null, who has been a meteorologist for 40 years. “There are several more each year that go under the radar.”

Null began to track these sad occurrences in 2001, when local media asked him, after the death of a child in a car, how hot it could have gotten inside. Not knowing the answer, he said he’d look around and found nothing, so he decided to conduct his own research.
He put a remote thermometer in a vehicle to capture the internal temperature while an outside thermometer recorded the ambient temperature. (Null records temperatures in Fahrenheit for his website.)
“One of the really surprising things when I started looking at this is the amount of rise per time,” Null said. “This is as if you had the air conditioner running, you’ve driven into a parking spot, parked the car, turned it off, closed the door — the time starts. In the first 10 minutes, the average rise is 19 degrees.”
This effect is almost identical if you start at 70 degrees or 90 degrees, Null said. If you start at 70, in 10 minutes, it will be 89°F. If you start at 90, in 10 minutes, it will be 109°F. 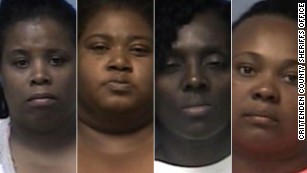 Four women face charges in Arkansas hot car death
“You get to these very high temperatures very rapidly,” he said. “How hot it got was one surprise,” but how fast it got to a “deadly temperature” was even more unexpected.
Medical professionals generally use 104-degree body temperature to measure heatstroke, and death can occur when body temperatures reach the 107-degree range, Null noted.
“Even on an 80-degree day — which is a mild summer day for most of the country — you’re at 109 in 20 minutes” inside a car, he said.
Even when outside temperatures are as low as 57 degrees Fahrenheit, the temperature within a car can climb to 110, according to the National Highway Traffic Safety Administration — based, of course, on data provided by Null.

The central nervous system is not fully developed in children, and this makes their bodies less able to cope with temperature changes, according to the Mayo Clinic. Children have difficulty remaining hydrated for this same reason. And a child’s core body temperature can rise five times more quickly than that of an adult.
When body temperature rises, heatstroke may occur. Also referred to as hyperthermia and heat illness, it can cause alterations in consciousness and lead to permanent brain, heart and kidney damage. In a worst-case scenario, heatstroke places a person — child or adult — at risk of death. 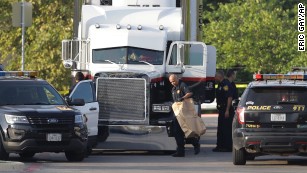 How heat stroke kills
“We normally get rid of excess body heat by sweating, and we evaporate, and we lose heat via evaporation,” said Dr. Corey Slovis, a professor and chairman of emergency medicine at Vanderbilt University Medical Center. With dehydration, though, we “lose the ability to sweat, the body loses the ability to get rid of heat, and so body temperature rapidly rises.”
The two things that increase the likelihood of heat-related illness are inability to sweat and increasing humidity and heat.
“If you’re in a hot container, as body temp rises, as humidity rises inside there, you cannot dissipate heat,” Slovis said.

On average, 37 children die each year after being left in a car, says Null, who counts 729 such deaths overall since 1998.
To end at least some of these unnecessary fatalities, cars may someday include a safety feature.
Sens. Richard Blumenthal and Al Franken introduced legislation Monday requiring all new passenger vehicles to be equipped with a child safety alert system. The technology alerts drivers if a child is left in the back seat once the car is turned off.
The Helping Overcome Trauma for Children Alone in Rear Seat Act (HOT CARS Act) is intended to prevent heatstroke deaths when children are left alone in vehicles. 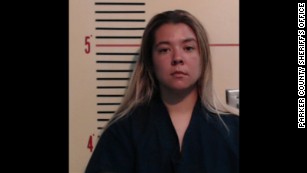 Texas mom arrested after children die in hot car
Along with requirements for new cars, the HOT CARS Act would direct the National Highway Traffic Safety Administration to study options for retrofitting older vehicles with a visual and auditory alert system.
“The HOT CAR Act is only really going to impact that 54% of children who are forgotten,” Null said. Another 28% of deaths occur when children gain access to a car on their own and then are overcome by the heat. Another 17% of deaths happen “when a parent makes a bad decision to leave a child in a car while they go do something else,” he said.
Together, the 28% and 17% make up what Null calls “the forgotten 45%,” which would not be protected under the HOT CARS Act.
“Nobody is talking about those,” he said. “There needs to be other ongoing continuing efforts — continuing education and awareness efforts.” 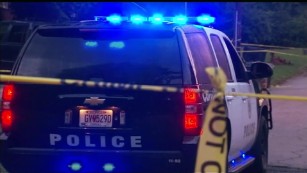 2 separate hot-car deaths of infants investigated in Phoenix
“We commend Senators Blumenthal and Franken for their leadership on this very important safety issue,” Megan Soule, a spokeswoman for General Motors Corp., wrote in an email.
Ahead of the game, General Motors has introduced alert technology to remind parents to check the back seat before leaving a vehicle: the Rear Seat Reminder. The feature does not detect objects or people in the rear seat, Soule said; instead, it monitors rear door usage.
“GM engineers developed this system to provide a simple, extra reminder for the driver to look in the rear seat when exiting the vehicle, regardless of what may be back there,” Soule said. 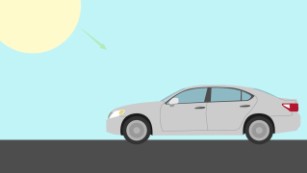 Should the government step in to prevent hot car deaths?
Null believes that the proposed law and technology safety features will not protect all children. He suggests that people always keep their cars locked, remind children that cars are not a play area, and keep keys and remote access devices away from kids.
“When a child goes missing, the screaming message needs to be, check the pool first and then all vehicles,” Null said.
Last weekend, a 7-month-old boy and a 1-year-old boy died of heatstroke in separate incidents after being left alone in cars in Phoenix. The investigations are ongoing, yet in a statement Monday reported on azcentral.com, police said they believe the two deaths are accidental.
Null keeps statistics for each state, and Arizona has some of the highest numbers. It is one of 15 states with proposed laws that make it illegal to leave a child unattended in a vehicle, according to the nonprofit Kids and Cars; 19 states have legislation in place to protect kids.
“Texas, by far and away, is the worst as far as numbers. The worst when we look at per capita is Mississippi,” Null said, noting that the states with the highest numbers of hot car deaths are also some of the warmest.
http://www.cnn.com/2017/08/01/health/hot-car-deaths/index.html