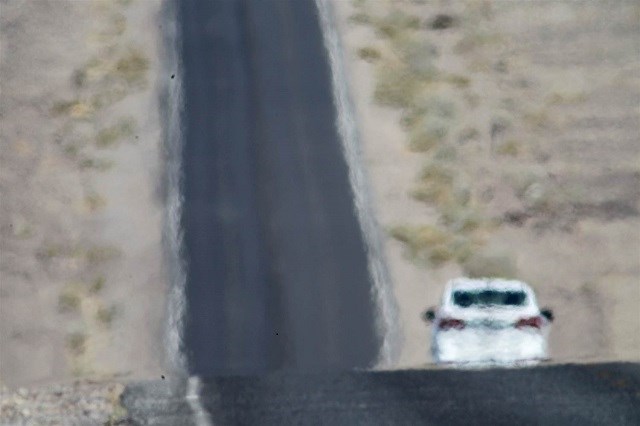 On an average day, Kristie Reeves-Cavaliero didn’t need to set an alarm clock. Her hungry one-year-old daughter Sophia Rayne “Ray Ray” Cavaliero was more than enough to get her out of bed at 5 a.m.

But on the day Ray Ray died, the infant slept through her usual early-morning feeding.

“I glanced at the clock, and it was flashing ‘9:43,’ and the whole household was late,” Reeves-Cavaliero told NBC News. “It was totally chaotic.”

While her husband Brett frantically got ready for work, Reeves-Cavaliero dressed Ray Ray.

“We both gave her a hug and a kiss and told her we loved her, and she waved goodbye to me,” Reeves-Cavaliero said.

As he drove through Austin, Texas, Brett came to a T-intersection. To the left was Ray Ray’s childcare, to the right was the route to work.

“That morning he took a right-hand turn instead of a left. And so our tragedy started with one single wrong turn,” Reeves-Cavaliero said.

Hours later, the couple would discover Ray Ray dying of heat-related illness in the back seat of Brett’s car. Emergency responders tried to resuscitate the tiny child to no avail.

The tragedy of Ray Ray’s death is experienced by the parents of an average 37 children each year. Most parents believe forgetting their child in a car is something that will never happen to them until it does, according to Dr. David Diamond, a professor of psychology at the University of South Florida.

Diamond has studied the science behind the phenomenon of children forgotten in cars, and the power-struggle that can occur in all human brains when it comes to memory.

Competing Parts of the Brain

In the past, Diamond called the phenomenon “Forgotten Baby Syndrome,” which he told NBC News was a term coined by the media. After witnessing the ridicule parents experienced when assigned this term, he said he no longer uses the terminology.

The principles, however, remain unchanged.

“We all experience when we have a plan to do something in the future and then we forget to complete that plan,” Diamond said.

He said this is where several competing factors in the brain come into play. The first component is the basal ganglia, the brain center, which operates on a subconscious level. Diamond said it’s this part of the brain that stores the ability to ride a bicycle and allows people to “go on autopilot.”

“Any person is capable of forgetting a child in a car.”

The basal ganglia works independently of the hippocampus, which is the part of the brain that has to do with conscious awareness and new information. The hippocampus and the frontal cortex work together to plan future activities and events.

Diamond uses a tennis match to explain how the three pieces of the brain can work in perfect harmony.

The basal ganglia allows a tennis player to hit the ball in an almost reflexive way, while the hippocampus and the frontal cortex allow the player to devise a strategy.

“This is where the systems compete against each other,” Diamond said. “In the case of you driving home, your basal ganglia wants to get you from Point A to Point B to the point it can suppress your hippocampus. [People] say you can forget to stop at the store, but you don’t forget your child is in the car. I get that feeling completely. I get that argument, but you can’t argue with brain function.”

Diamond has interviewed several parents whose children have died after being left in cars, and he said he often sees a pattern in the stories.

“When you drive home and don’t normally take a child to daycare, when you have a habit and you are normally driving home from work — and in those subsets or maybe none at all take a child home — well, what happens in all these cases, the parent goes into autopilot mode, which is typically from home to work. It’s in that subset of cases the basal ganglia is taking you on a route that does not include a child,” he said.

In these cases, Diamond said, the child is quiet and out of sight, which causes the parent to lose awareness of the task they’re out to do.

“The twist is, they did not stop at daycare on the way but brain creates false memory the child was at daycare,” Diamond said. “If the child isn’t in the car that child must be where the child belongs, and the parents go to work with absolute certainty the child is safe.”

He said the brain will fill in the gaps, and the importance of the forgotten person or item doesn’t matter.

“What I try to get across to people is it’s not about the importance of the item. It’s about a dynamic brain system that can take things as trivial as a cup I left on my car,” Diamond sad. “And it goes to tragic memory failures such as leaving dogs in cars and leaving children in cars.”

When it comes to forgetting a child in the car, it’s all about routines and breaks in those routines that can prove fatal. “Any person is capable of forgetting a child in a car under circumstances where a parent is going through a routine and the child is in the back,” Diamond said. “All those components, if they come into play, a child can die.”

Since 1994, 804 children have died from heat-related illnesses in cars in the United States, according to Kids and Cars, an advocacy center that conducts research on car-related dangers surrounding children.

In approximately 55 percent of those cases, the parent was unaware the child was in the vehicle.

Texas leads the nation in child hot car deaths, and just last week four children died in the state. In one case a 7-month-old died after his father forgot he was in the car. In another, a 3-year-old died after he hid in an unlocked car and couldn’t get out. The four deaths bring the 2017 country-wide total to 16.

“First and foremost the No. 1 thing parents need to know is this can happen to them,” Amber Andreasen, director Kids and Cars, told NBC News.

While Andreasen suggested using a phone app that helps alert a parent to a child in the car, putting a shoe or a briefcase in the backseat or making sure a parent opens the backdoor and trunk at every stop, Kids and Cars is hoping Congress will soon implement mandatory regulations in all America passenger cars.

The Hot Cars Act of 2017 seeks to install visual and auditory cues in cars to signal to a parent when a child is in the backseat before the driver exits the vehicle.

“The reason this is so important is because parents just can’t wrap their head around the fact that this could happen to them,” Andreasen said. “They think, ‘How could I forget them? They’re the most important thing in my life.’ To prevent this from happening there has to be something automatic.”

Andreasen said Kids and Cars is still working to build support for the act, but said the technology is already in many cars in the United States in the form of seat belt sensors and inventors have contacted the organization offering to help develop technology if the need arises.

When she was pregnant, Reeves-Cavaliero said she and her husband were ultra-cautious as they prepared for Ray Ray to arrive.

“We took every single class while I was pregnant,” Reeves-Cavaliero said. “I took every single parenting class, and in every class it talks about car seats but in none of these classes do they mention [hot car deaths].”

She said she had never heard of parents accidentally leaving their children in cars, and said she had always assumed when she heard stories that the parent had deliberately left their kids in the vehicle.

Reeves-Cavaliero has now made it her life’s mission to prevent other parents from experiencing a similar tragedy.

After starting Ray Ray’s Pledge, an advocacy group to prevent hot car deaths, Reeves-Cavaliero has become a public speaker and activist, working to make sure parents know a simple change in routine can prove fatal.

“It’s just commonly misunderstood,” Reeves-Cavaliero said. “Neither of us knew it was a possibility. We would have never intentionally left our child in the car.”