EDITORIAL: No more child deaths in hot cars – rear-seat sensors should be mandated in all new cars 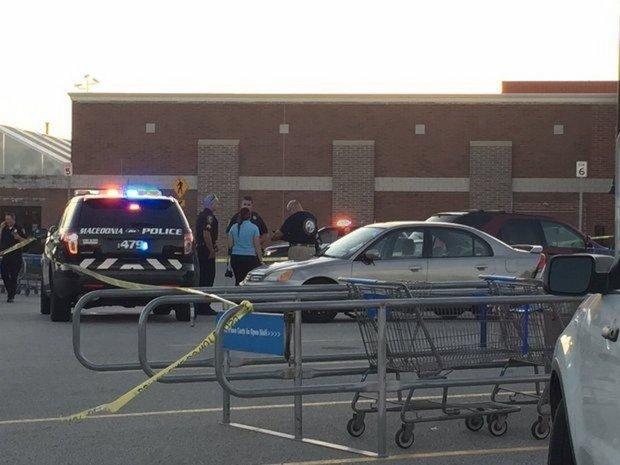 New, technologically savvy cars do a great job of reminding drivers that they have failed to put on their seat belts while driving or forgotten to turn off their headlights or left their keys in the car when they’ve reached their destination.

But there’s one sensor that could save lives that isn’t found in new cars, and should be: Every new car should have a life-saving feature to help prevent parents from leaving their babies and toddlers in the back of a blistering hot car. A car death close to home

A baby was found dead Wednesday afternoon in a car in the parking lot of a Macedonia Walmart, the Summit County Medical Examiner’s Office confirmed.

From 1998-2015, 661 children died due to heat stroke in cars, according to the National Highway Traffic Safety Administration. Fifty-four percent were forgotten by the vehicles’ drivers. (About 29 percent of the children died after playing in the car and not being able to get out — another good reason to lock one’s car whenever it’s not in use.) Another 17 percent died after an adult left them in a car intentionally.

Parent-involved fatalities can occur for many reasons, including when a sleep-deprived parent, sometimes driving a different route, forgets that the child is in the back seat, according to a compelling story in the Washington Post. It doesn’t take long for a warm day to turn a car into a death chamber. Such a death is a parent’s worst nightmare — but in today’s hurly burly world, we all need safeguards to minimize the risks of this happening to us.

New technology could help keep those children alive and prevent a great deal of suffering by their parents. The Hot Cars Act of 2016, sponsored by U.S. Rep. Tim Ryan, a Democrat from Youngstown, requires all new cars to have technology that alerts drivers that there is a child in the back seat.

The law deserves approval and so does a more robust public health campaign encouraging parents to look in their back seats before locking their cars. The U.S. government has such a campaign now, called the “Where’s Baby? Look Before You Lock” campaign, but it could strive for far higher visibility by reaching out to more hospitals, social service agencies, libraries and other facilities with its message.

Some automakers are implementing some technological fixes to address this although they’re still not comprehensive enough.

General Motors Corp.’s 2017 Acadia, a midsize SUV, for instance, will have a warning tone and reminder message system that urges people to look in the back seat if they have opened and closed one of the back doors before starting the car. The company said it’s still working on a fail-safe method to inform parents that a child is in the back seat.

However, a back-seat sensor, modeled on the same weight-triggered sensor that alerts a driver to disable the airbag if a small child is riding in the front seat, might be the solution.

A bill requiring this or another system could push other automakers to find a viable system quickly.

Meanwhile, parents with older cars can look for car seats with alerts and keep an eye on the back seat.

Advocacy groups suggest that busy parents put their briefcase or purse in the back seat so when they get their bag out of the car, they will see their child. Or that they jog their memories by putting a toy in the car seat when it’s not in use and then putting the toy in the front seat when they move the baby into the car seat.

Day care providers have been asked to get involved by calling parents when a child doesn’t show up that day.

Caregivers should also keep their car doors locked and their keys out of the hands of youngsters. As seen in the statistics cited above, too many children die from heat stroke while playing in the car.

Some people wonder how a loving parent could forget that his or her baby is in the car. Yet even loving parents make mistakes.

One factor is the safety policy change that recommended that babies sit in rear-facing car seats in the back seat to avoid the explosive force of airbags in the front passenger seat, which can make it easier to forget a sleeping or quiet child.

That’s even more reason for the government to ensure that automakers create a warning system to make sure that no baby is left behind.